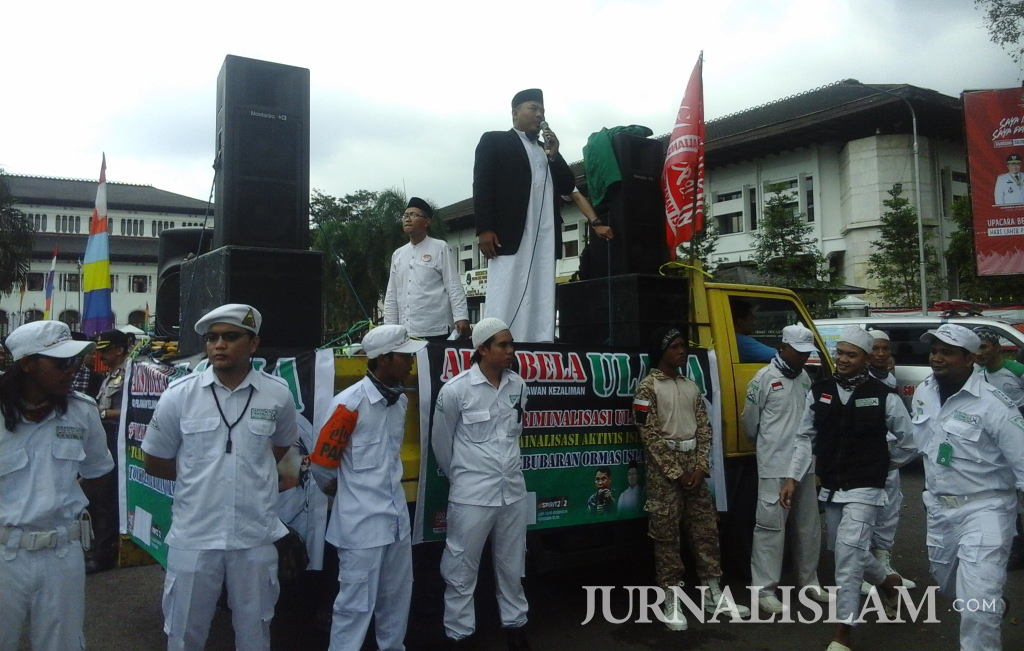 BANDUNG (Jurnalislam.com) – Chairman of the Alliance of Islamic Movement (API) of West Java, Asep Syaripudin asserted, that he will protect Habib Rizieq case .

“We will protect, if tomorrow and the day after tomorrow action is taken,” he told reporters in front of Gedung Sate, Bandung, Friday (2/6/2017).

He considered the case is not to be a legal matter. Because in the ITE Act that should have been investigated is the makers and spreaders of gossip.

According to him, cases of alleged pornography that ensnare the High Priest of the Islamic Defenders Front (FPI) was imposed. Because the authorities did not conduct legal process based on the rules of law applicable in this country.

“The process of making the suspect is very wrong and so the witness was not right. For not knowing. Here we see the police here to criminalize, “he said.