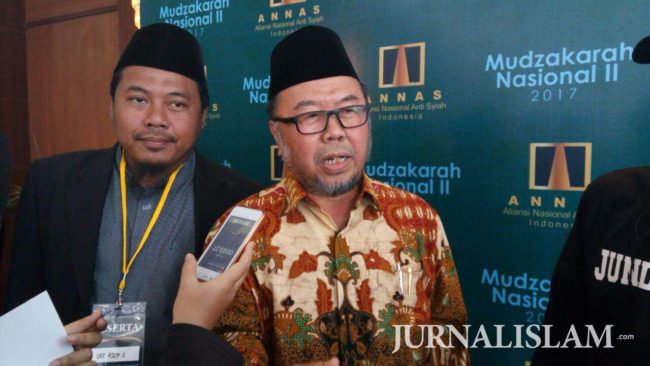 JAKARTA (Jurnalislam.com) – TNI (Indonesian National Army) and Islam are the two great powers belonging to Indonesia that can not be separated. Even in its history, TNI and Muslim relations are always harmonious. This was conveyed by the Muslim Scholar and Professor of Bogor Agricultural University (IPB) Prof. Dr. KH Didin Hafidhuddin.

He argues, so far TNI and Muslims (are) two forces that protect each other and maintain, mutual respect and cherish. “So, the relationship relationships that have historically been very strong,” he said via telephone in Jakarta, Thursday (6/10) dilansir Republika.co.id.

In fact, he continued, although already having its own historical value, Islam and the TNI should continue to strive to strengthen the long-standing relationship. Thus, Didin said, it is expected also not only close to the TNI, but also able to establish relationships with other forces.

“It should continue to be strengthened by not denying others, and we hope that with this pioneering TNI Muslims will also be close to other forces, including with the police,” he said.