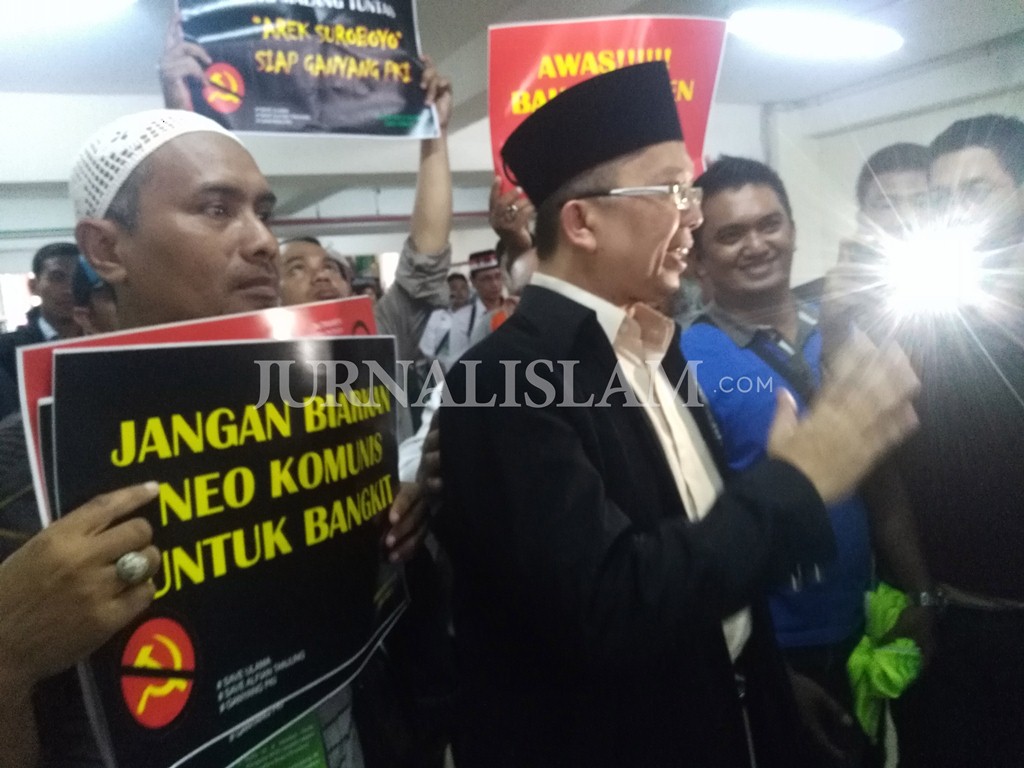 Among the oddities, Al Katiri conveyed about Ustadz Alfian Tanjung lecture video which was used as evidence by the reporter suddenly broken. Of the total duration of the 56 minute video, only 5 minutes only the video part can be seen, the rest can not be played.

“When Sudjatmiko (a reporting witness) was shown a video of Ust lectures. Alfian suddenly the video stopped, can only run better approximately 5 minutes, whereas the total duration of the video is 56 minutes. After repeatedly tried by the prosecutor still vidio it can not be shown alias completely damaged, “said Al Katiri in a written statement, Tuesday (24/10/2017).

The incident was also repeated in the next trial on Monday (23/10/2017). At the JPU presents 4 witnesses from the police. When the first witness was examined, the Legal Counsel requested that the Ustadz Alfian Tanjung lecture video be aired again in order for the testimony given by the witness in accordance with the evidence.

However, the Legal Counsel requested to the Panel of Judges not to use the laptop provided by the Public Prosecutor, because in the laptop the prosecutor already has a lecture vocation Ust. Alfian is not a proof. Then the video was shown using a laptop brought by the Legal Counsel, while the vidio evidence inside the Flasdisc still seized by the Judge then aired, but the result is still the lecture vidio Ust. Alfian can only run for about 5 minutes.

Because the video that became the evidence is damaged, the Legal Counsel requested that the trial of Ustadz Alfian be stopped or not resumed. However, the Panel of Judges decided the trial be continued with the examination of witnesses according to the criminal procedure law and decided the video evidence that can be used by the prosecutor as evidence that only the 5 minute talk.

“This case is very unique, as is the case of Ahok, when Ahok’s Legal Counsel turned the videotape of Ahok but the lecture appeared instead of Habib Rizieq. May this be help from God for Ust. Alfian who was victimized, “he explained.