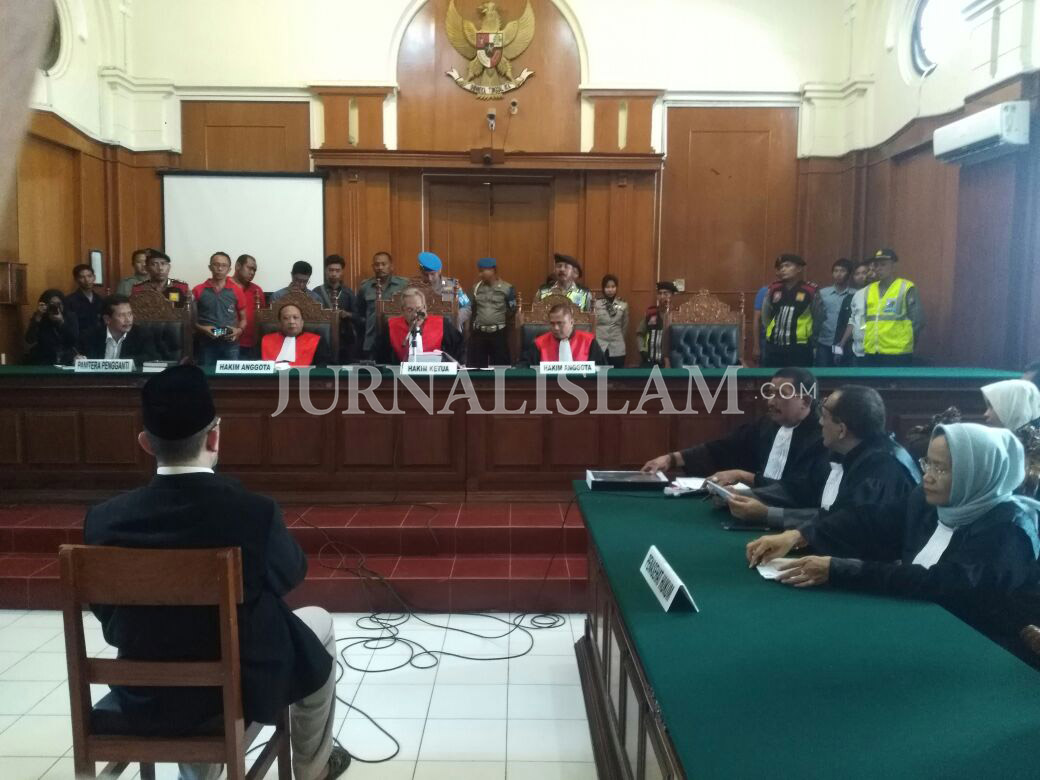 Monitoring Jurnalislam.com at the location of the Cakra Chamber of the District Court of Surabaya, cleric Alfian Tanjung came handcuffed wearing a prisoner uniform, to which the mass growled.

Hundreds of masses of Muslim elements have come since morning and filled the courtroom to give support to the cleric Alfian Tanjung.

They assume that what is accused to the cleric Alfian Tanjung is not correct and is a criminalization. Ustadz Alfian entered the courtroom at 10:35 am was greeted by Takbir excerpts from hundreds of masses of Muslims present.

The case of Ustadz Alfian originated from the report of a Surabaya resident named Sudjatmiko dated 11 April 2017 in East Java Police who accused the content of lectures at Masjid Mujahidin Surabaya contained elements of hate speech against the PKI and Ahok. Ust. Alfian was accused of Article 16 Jo. Article 4 letter b number 2 of Law no. 40 of 2008 on the Elimination of Racial and Ethnic Discrimination and or Article 156 of the Criminal Code.