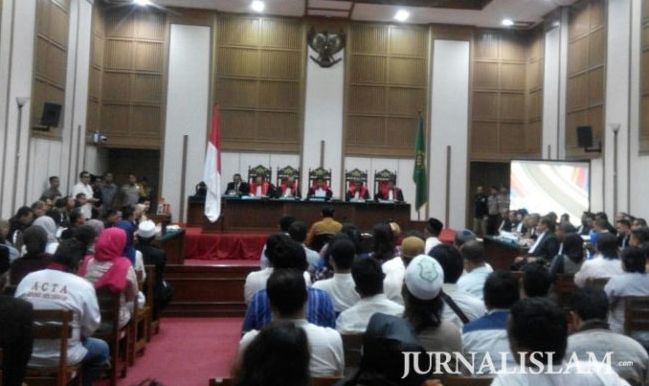 “The sentence given from the prosecutor is seen as very offensive to all Muslims, also the issue of the actual sentence is blatantly unjust when compared with other cases of blasphemy,” he told Jurniscom, Friday (21/4/2017).

For this reason he called on all Muslims to keep demanding justice until the religious blasphemer is appropriately punished with the full severely of the law for such cases.

“If not, then Muslims should find a way to punish this blasphemer of Islam with the law according to Islam ( Shari’a law) ” he also said.

“There must be someone with courage enough to exact the appropriate punishment for this case of blasphemy in accordance with Shari’a law (in this case the guilty perpetrator insulted and belittled the holy verse) “Q.S.al-Maidah / 5: 33,” he said. The chaged/guilty in this case of blasphemy, Basuki Tjahaja Purnama (Ahok) was only charged 1 year probation.

Whereas contrary, in accordance with Article 156a the convicted criminal for the penalty of religious blasphemy should be up to 5 years imprisonment.