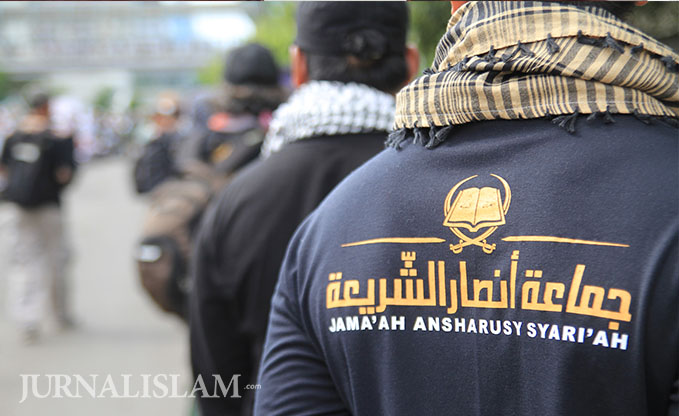 JAKARTA (Jurnalislam.com) – The spokesman of Jamaah Ansharusy Shariah, Ustadz Abdul Rochim Ba’asyir asserted, it strongly rejected the enactment of Government Regulation in Lieu of Law (Perppu) No.2 of 2017 about the Society into a Law.

According to him, the passing of the Perppu showed the true face of the government, the anti-Islamic government.

But on the other hand, he said, with the passing of the Perppu Muslims will be more united.

“If the first Muslims are united by the Ahok case, then today the Muslims are more united to face the tyranny of the government, one of them is the legalization of the mass organizations,” he said.

Ustadz Iim, greeting, assessing the endorsement of the perppu is tyranny. Therefore, he continued, Muslims should not stay silent
“Islamic organizations should not remain silent, because this is a tyranny. Muslims should take sharia-justified resistance measures, “he asserted.

The Perppu was passed into law through a voting mechanism because all factions in the Plenary Session failed to reach consensus agreement even though the lobby forum was held for two hours.

Recorded seven factions who received the Perppu as a legislative fraction of PDI-P, PPP, PKB, Golkar, Nasdem, Democrats, and Hanura.

However, the PPP, PKB, and Democrat factions accepted the Perppu with a note that the government and the DPR immediately revise the newly enacted Perppu.