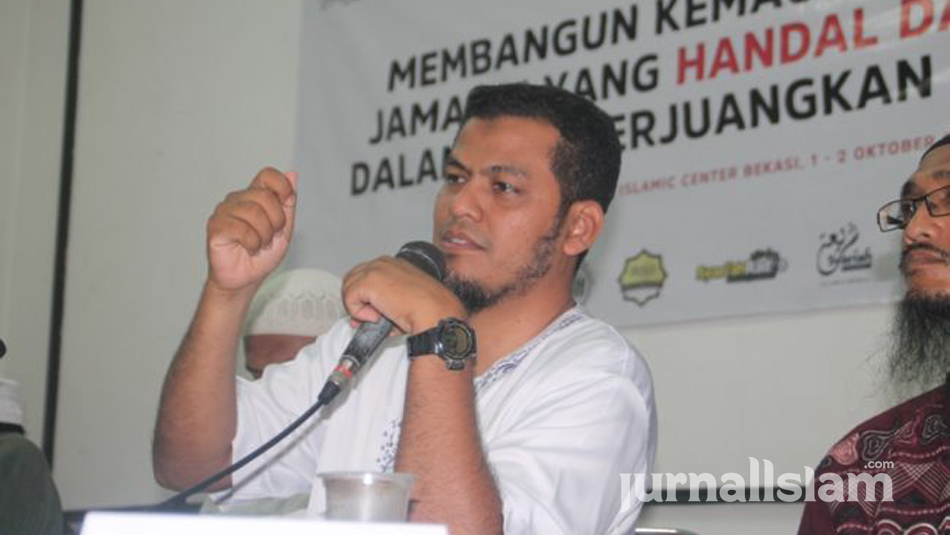 The man who is well known as Iim considers GNPF could be the locomotive of the Islamic movement in Indonesia. “Go reward one of the locomotives of a movement that could be drawn from all the movements of Muslims in Indonesia that is the emergence of GNPF-MUI. Therefore, we should be grateful and support them in the effort to defend the Muslims, “said Ustadz Iim in the event of the element of Muslim Soloraya community in Masjid Salamah Solo, Friday (7/7/2017).

Because, said ustadz Iim, now (in place) are efforts of the enemies of Islam to remove the belief (the imam) of the Ummah to the GNPF.

“There is a need for trust in them, because it is certain that those who are anti-Islam will work hard for the loss of the faith of the people to them. If they are not trusted, then the locomotive will be easily removed and now we have heard some issues related to GNPF, “he said.

Ustadz’s son Abu Bakar Ba’asyir asserted that the GNPF itself is filled by scholars who have the science of syar’I so with it, the ulama’s duty is to guide the ummah.

“Because they are the people God has chosen for us who are in the field. They are also people who have knowledge of syar’i, aka the scholars who guide us with the Shari’ah of Allah, “he added.

Finally, Ustadz Iim advised Muslims in Indonesia to be wary of the games of the enemies of Islam that make tricks, from various fields such as politics, economy, etc.

“They are playing (trying)to keep these people out of the Locomotive. Even if necessary among these people pitted against the sheep by various issues that exist, “he concluded.